Dr. Thomas faced a lot of challenges growing up. His mom was pregnant at 17. He left home and was living below poverty level, basically on the streets. A minister found him, took him in and treated him like a son. This was the turning point for him on his road to building a multi-million dollar company. He’s now a successful author, speaker and preacher and received his PhD in Education Administration in 2015.

There’s a YouTube channel called ETTheHipHopPreacher if you want to see some of his presentations. 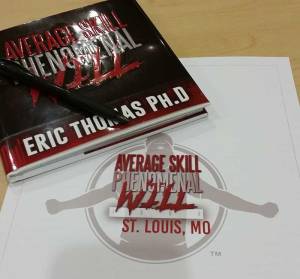 One of Kandy’s favorite messages was, “try to help others succeed instead of asking how they can help you. It will come back to you!” She’s tried to live her life and run her business following this principle.

Carrie’s biggest takeaway was, “your success has to start with a sincere self-assessment so you know where your strengths and weaknesses are. Then you can start finding the resources and people for your team that will compliment you.” This was an important idea for Carrie as she continues to grow and improve Neighborhood Handyman.

Another important message is you can succeed with a strong will