When we see good news for the rental property market, we like to share it!  There was a report recently released from the Joint Center for Housing Studies (JCHS) at Harvard University called “The State of the Nation’s Housing 2012.”  This report explained that over 1,000,000 rental households were added in the U.S. in 2011.  It is the largest reported increase of renter households since the early 80s.

This report explains what we are experiencing here in Kansas City.  Our phones ring off the hook and our email inboxes are filled with prospective renters.  We see a trend of married, 35-45 year old professionals from all walks of life that are interested in the properties we manage.  It is an exciting time for owners of rental properties!

(The following is from Les Shaver on multifamilyexecutive.com) 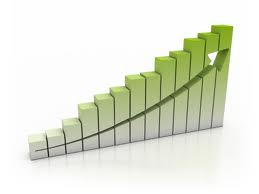 “Surveys consistently find that the overwhelming majority of young adults plan to own a home in the future, but many would-be buyers have stayed on the sidelines, waiting for the job outlook to improve and house prices to stop falling,” Eric S. Belsky, Managing Director of the Joint Center for Housing Studies said in a prepared statement.  “But as markets tighten, these fence-sitters may begin to take advantage of today’s lower home prices and unusually low mortgage rates.  With rents up, home prices sharply down, and mortgage interest rates at record lows, monthly mortgage costs relative to monthly rents haven’t been this favorable since the early 1970s.”

The JCHS report also painted a picture of an increasingly diverse renter population. Minorities accounted for only 30 percent of all households, but 46 percent of all renters. They were responsible for 59 percent of the new renter households between 2004 and today. The report broke these numbers down even further:
“Blacks accounted for 24 percent, Hispanics 17 percent and Asians and other groups for 18 percent of this recent growth. Although whites were responsible for less than half of renter household growth, their numbers still increased by 2.1 million over this period—a sharp departure from the large declines in the 1990s and early 2000s.”

Another trend that apartment designers and architects may want to be aware of is the rising growth of married couple as renters. Although they only accounted for 36 percent of renters in 2011, they represent 50 percent growth in renter households over the past five years.